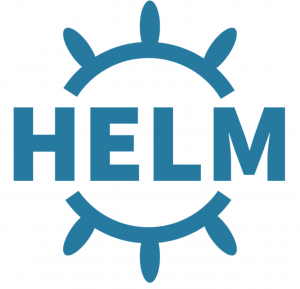 These are personal themes in my life so I’m not trying to predict the direction of mainstream tech – I am not a futurist. I’ll probably do a series of posts on 2018 trends that are meaningful to me. This first one is probably the most interesting:

This is the next step in the microservices trend. All starting from a namespace concept in the Linux kernel which led to LXC/LXD which spawned simplifying technologies like Docker and rkt which finally led to standardization in OCI. Once we learned what images were, we needed a management tool to define and integrate (or orchestrate) them. Kubernetes blazed this path and Docker followed with Docker Compose. Though there are tools like kompose, Helm stepped in to fully integrate concepts of Compose into Kubernetes. A Chart is a diagram of your microservice network. This let’s you do all kinds of interesting things like test, harden, distribute your byzantine systems in a simple way.

We now have a single tool that lets developers do proper integration testing, SREs to stand up the same version as the developer to smoke test or happy path the system, and DevOps can just do a `helm upgrade x` to deploy. Helm charts are published to a repository (central or local) and can be combined to form a larger system. Many of the same hooks (and in most cases, more hooks) provided to Compose are also provided to Charts. Meaning I can specify in my requirements.yaml I want to use the rabbitMQ chart version 0.6.3. I set up a rabbitmq namespace and send environment variables down the hole to the required chart.

A lot of people thought I was mad to use Vagrant with Docker. Why not just use Compose and simplify everything. My argument was twofold – 1) I want a scripting language to make and run dynamic containers and 2) Compose will force me to use Docker for Mac, which is like staring at the eclipse. DfM sucks so bad I’ll write a whole separate post on it soon. Anyway, Helm Charts gives me Go so I can now make dynamic Kubernetes configurations.

What OSB brings to this is the potential fulfillment of the InterOp dream – plug in SSO with LDAP via that microservice, websockets with this microservice, recommendation engine with this other microservice. I can slap together a bunch of microservices and create a monolith in no time.

Not a surprise Microsoft is all-in on OSB, they would do anything to realize InterOp.